The first leaves fall, everything starts to change colour and in Torre Rosa we welcome autumn with our September cocktail, the Knickerbocker, a delicious and colourful cocktail.

Maybe you haven’t heard about it because it’s not a popular cocktail that can be found nowadays but we chose it because it’s a very interesting classic that we consider worth knowing and trying.

This cocktail was born in the United States and it appears on the beverage lists and in the newspapers around the 1850s. The term Knickerbocker goes back to the Dutch settlers who came to the New World, and especially to New York, in the 17th century. Specifically, it refers to the style of pants worn by settlers; pants rolled just below the knee, which were known as “knickers,” or shorts.

It was one of the most popular symbols of the city in the nineteenth and early twentieth centuries, therefore, it is not surprising that a cocktail from this time bears its name.

In the Bartenders guide “How to Mix Drinks” published by Professor Jerry Thomas in 1862, we find the Knickerbocker cocktail. Its original recipe contains rum, fresh raspberries, lime and a teaspoon of curacao.

A possible ancestor of the Tiki drink

Author David Wondrich, one of the main world authorities in cocktails, refers to this cocktail as “the spiritual progenitor of the Tiki drink” since the ingredients used to make it could give way to a Mai Tai.

In our proposal we chose a simple formula in which the citrus flavour predominates, that subsequently gives way to the raspberry flavour and ends with a slightly sweet and harmonious touch. 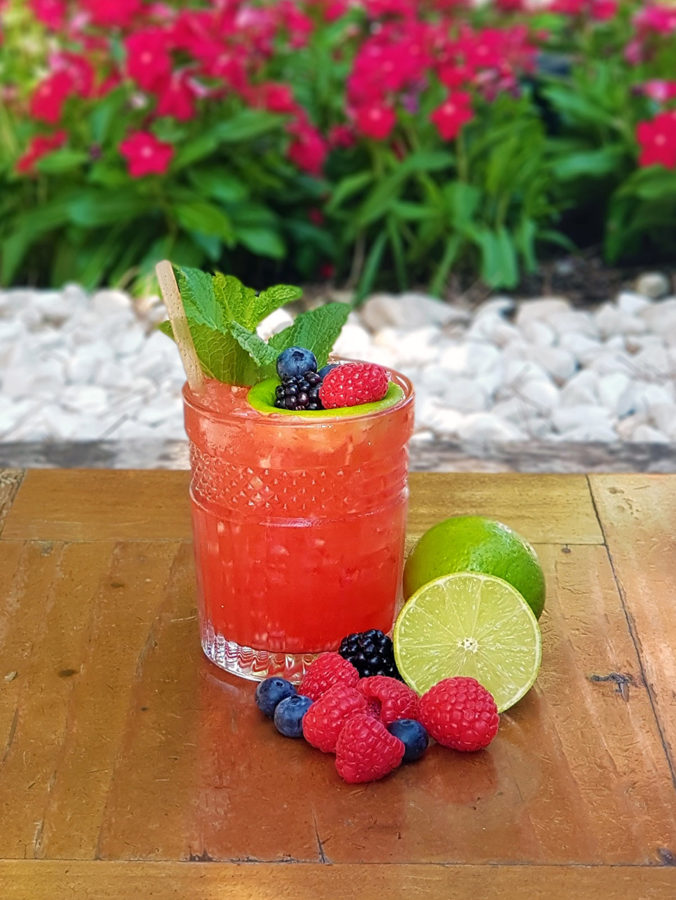 Discover with us a forgotten cocktail