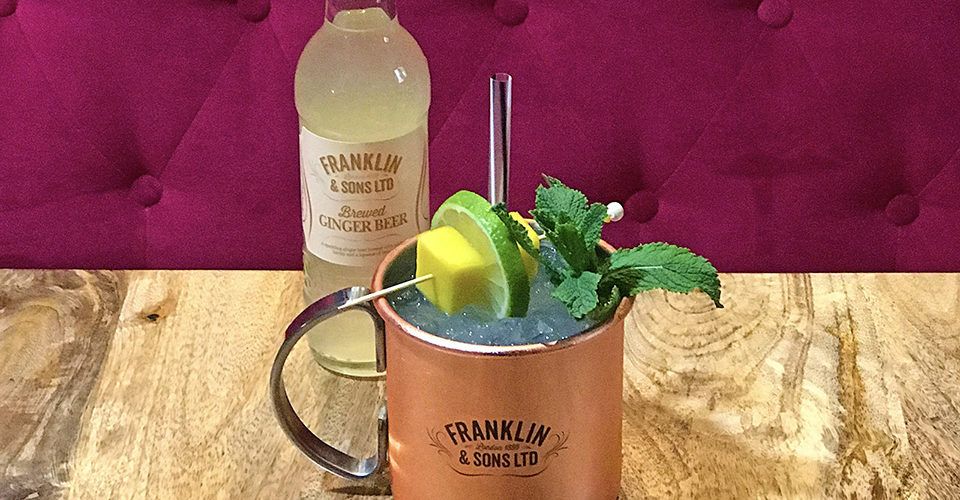 There is nothing better to beat the summer heat than a good sip of this version of the classic cocktail Moscow Mule that incorporates in its recipe a little tropical mango taste. The sweetness of this fruit combines in a fantastic way with the lime juice and the spicy notes of the Ginger Beer.

Vodka offers us its strength and of course, we will serve it all in an authentic copper mule mug with brass handle. Cold will be distributed optimally by the mug thanks to the conductivity of the copper that will allow it to keep for a long time, so, you can enjoy a refreshing cocktail.

The Moscow mule was born in New York in 1941 an it was created by Jack Morgan, who tried to launch his own brand of Ginger Beer, and John G. Martin, who had the distribution rights of a famous brand of vodka. Fate brought them together in the Cock’n’ Bull Saloon, a famous British style pub in those days to create this cocktail and promote their products.

They were testing and working until they got the most suitable formula, and that’s how this cocktail was born. Since then the Moscow Mule became popular around the United States especially during the 40s and 50s. Its curious name is partly due to the Russian origin of the vodka and partly to the initial strength that is delivered when taking the first sip, which reminded its inventors the kick of a mule.
The eye-catching cups of copper and brass in which the Moscow Mule is served, were suggested by Jack Morgan’s wife, who worked in a factory where these cups were produced.

You cannot resist its flavour and its sweet and spicy entry at the same time, that captivates many of those who taste the Moscow Mule because it is an exquisite combination for these days. We encourage you to come and taste this ideal cocktail to begin the night.

We can not stop recommending that you also try our fantastic Mexican Mule, a variation made with tequila instead of vodka. A tropical delight full of flavour