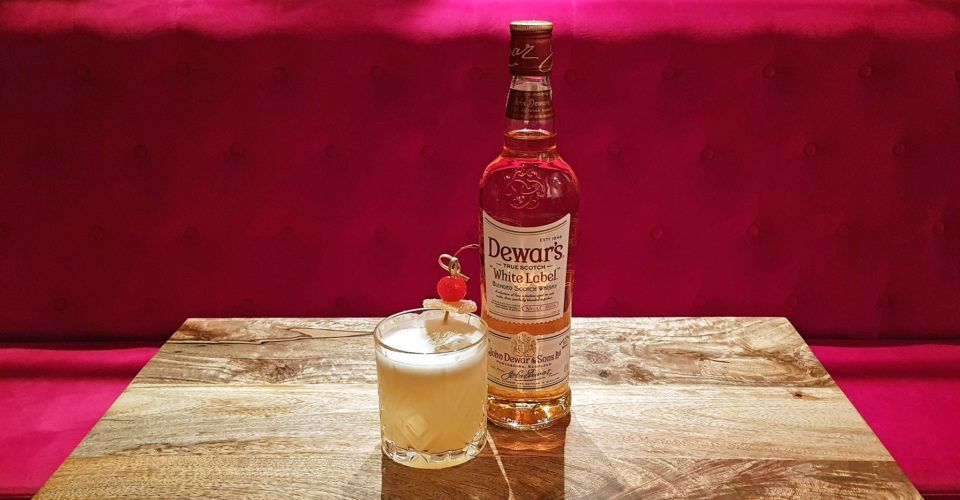 Created in 2005 in New York by Sam Ross, an Australian bartender who began his career in Melbourne and is currently triumphant in the United States running the bars of the renowned restaurants Milk & Honey and Little Branch.

In just a few years the Penicillin cocktail has become what is called a new classic and its recipe has spread to the best cocktails around the world.

Following the indications of its name, the Penicillin cocktail is recommended to revive the body especially during the winter and in very cold places. Surely it is not as powerful as a flu vaccine, nor does it have the curative properties of an antibiotic, but its great aromatic complexity will undoubtedly surprise us.

Combines the warm, soothing flavours of honey, lemon, and the spice of fresh ginger. Take strength with a good dose of Scotch Whisky and if you didn’t have enough, we added a thin layer of smoked malt Whisky from the Islay Scottish area to gain potency. Spicy and smoky taste in your Whisky Sour!

We recommend Dewar’s, the best-selling scotch whisky in the United States. This distillery was created in 1846 by John Dewar and sons. It is a blend of whiskeys aged in Scottish heather barrels that give it some nuances of honey, vanilla, coffee, liquorice and citrus touches. It is softly fruity, slightly sweet with a hint of smoke.

With a spicy and lemony taste, ginger is the star of Asian cuisine. Not only does it aromatize rice stew, bittersweet sauces, desserts and drinks, both hot and cold, but it is also considered an effective remedy for the relief of intestinal problems, nausea and vomiting, apart from being a good anti-inflammatory and antiseptic. The many virtues attributed to ginger are mainly due to its richness in volatile oils. It is also very rich in antioxidants that slow down the aging process.

You can enjoy the benefits of this tuber in a variety of ways: infusions, shakes, juices, salads, stews. And it comes in various formats: fresh, powdered, dissected, tablets or syrups. Penicillin cocktail, with an impressive aromatic complexity. Would you like to try it?