For the months of July, August and September, Torre Rosa’s teams proposes you to immerse yourself in a great sensory trip to Polynesia with a proposal of Tiki cocktails.

The tiki cocktail is characterized using rums, fruit juices and some element that provides a spicy or more bitter taste such as curaçao, angostura, falernum, orgeat, cinnamon or nutmeg. Evidently the aesthetic has a very relevant role. Characteristic glasses are used that simulate Polynesian totems, floral motifs or decorations with fruits among others.

Anyway, the origin of the tiki cocktails is in the Hollywood of the 30s, where Don the Beachcomber opened a restaurant with Hawaiian and Polynesian food where he incorporated a tropical cocktail menu. Since then, this type of cocktails has become very famous, especially among veterans of the war and all those Americans who travelled to Hawaii after their annexation to the USA.

We invite you to enter this fantastic trip enjoying the different combinations that we have prepared and let you surprise! 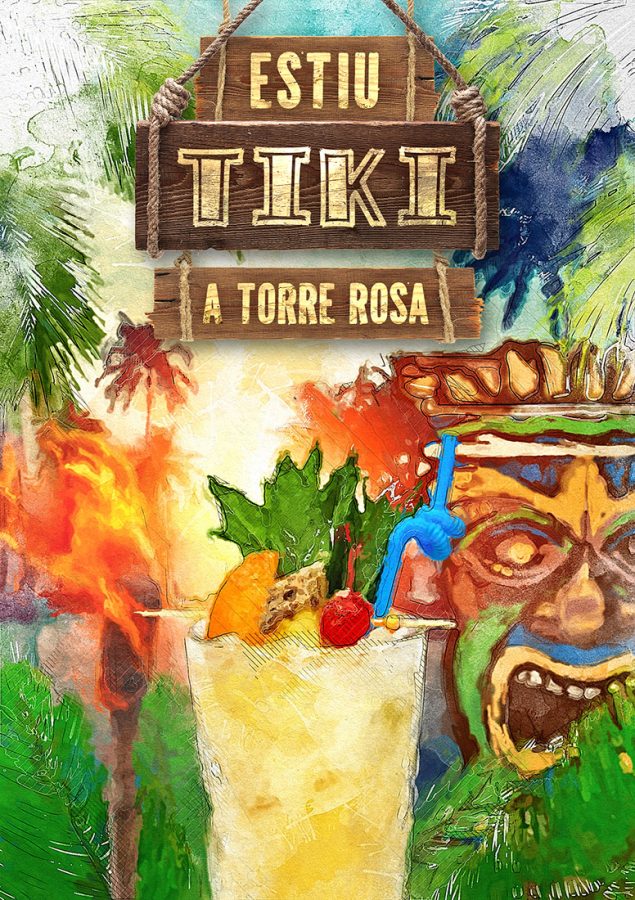 Described as the Tiki cocktail par excellence, this drink was first made in 1944 by Trader Vic. He created it for a couple friends of him from Tahiti. When tasting it, the first word the woman said was: ’’Maita’i Roe A’e‘’ that means in Tahitian: “Out of this world, the best” and that’s the reason why it got that name. This cocktail was so appreciated by the American public that they run out of J. Wray and Nephew 17-years rum, the one used to make the cocktail.

After being versioned and copied successively, the essence of Mai-tai was forgotten over the years, moving away every day more from what it was at the time of apogee.

For those summer months, in Torre Rosa we present you the Mai-tai we consider the most similar and respectful with Trader Vic’s original recipe. 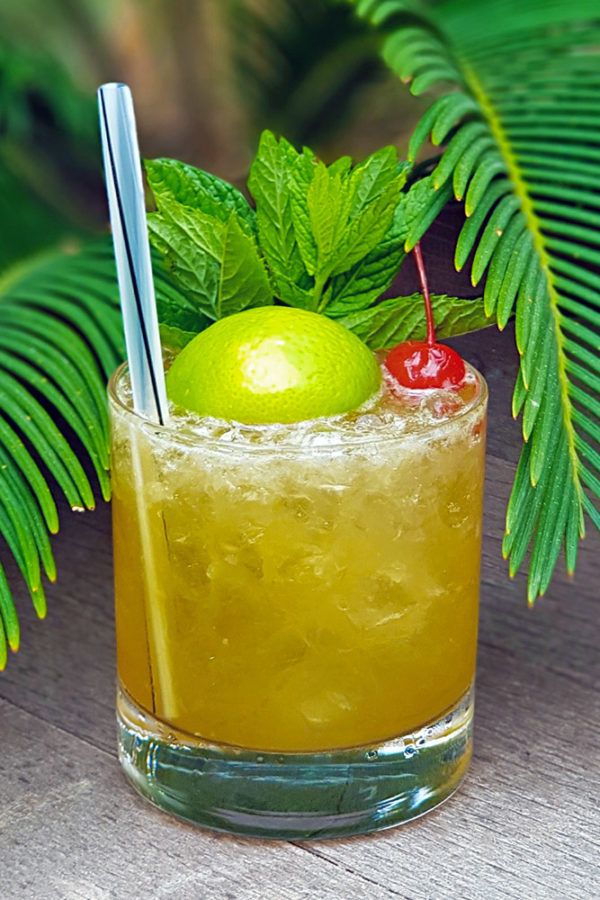 Tiki cocktail created at the Restaurant “Don the Beachcomber” (Hollywood), shelter of celebrities and high society where they served mysterious combinations based on rum and juices.

Legend says that one day a customer, after a night of party and alcohol, asked for a cocktail that would resuscitate a dead man since he had to attend an important business meeting. Days later this client returned saying that he really felt like a living zombie. That’s where the name comes from.

Over time, “Don the Beachcomber” limited the consumption of Zombies to two per person per day, since the recipe originally had 13 cl of alcohol (3 of which were high-level rum). This “restriction” became a very intelligent marketing strategy because it attracted the bravest that took this recommendation as a challenge. We do not know for sure how many people managed to drink the third one without suffering the most obvious consequences, but we are sure that thanks to this cocktail the most improbable stories of this legendary bar were raised.

Frequently related to the Tiki cocktails, the Painkiller Cocktail was born in 1971 at the Soggy Dollar Bar, on the British Virgin Islands in the Caribbean Sea, specifically in the small and paradisiac island of Jost Van Dyke.

The owners of the bar offered this cocktail to their clients as a remedy against hangover. What they really got is a delicious drink, known all over the world and perfect to fight heat. You should not be confused with the Pina Colada. The Painkiller is more citric and, with the Jamaican rum and the pinch of nutmeg, is spicier.

The curious name of the place is due to the way most of their clients and tourists arrive to the bar: with soggy dollar notes after walking some meters into the sea water from the ship stairs to the bar. 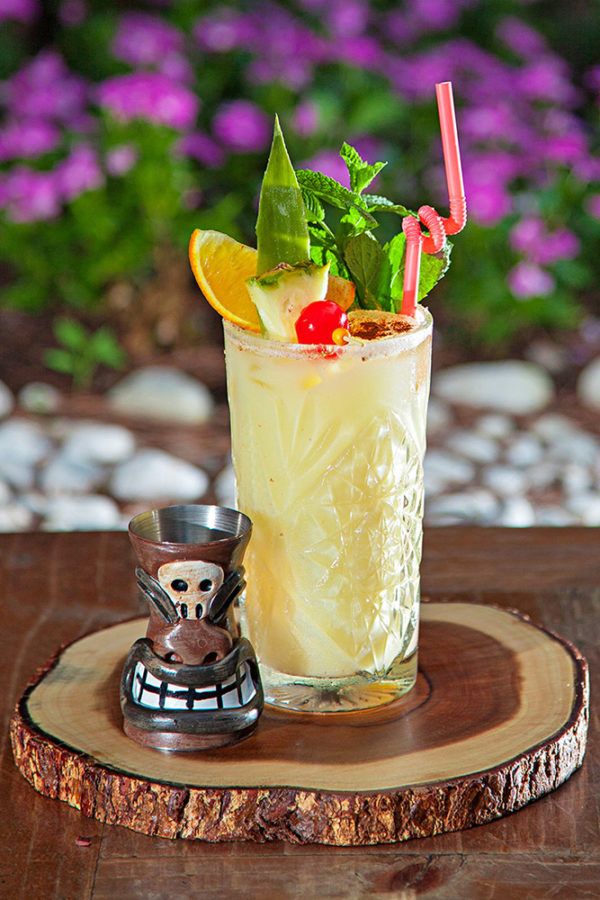 The Aku-Aku are guardian spirits for the current inhabitants of Easter Island. They are part of the Rapa Nui mythology. When an inhabitant broke a sacred rule imposed by the ariki (authorities of the local tribes) when dying his soul became an Aku-Aku.

It is said that these spirits protect places on the island, react aggressively to intruders, and wander between the physical and spiritual worlds. These entities also have the capacity to change form in animal, vegetable, human and even steam.

The legend explains how they began to be cut: one summer afternoon an ariki called Tu’u Ko’iho, he was astonished that the bodies of the spirits were just skeletons. They realized and wanted to check and warn him not to say anything. Several times, under different human appearances he was asked if he had seen anything strange on the way. He always replied that no. Thus, the Aku-Aku were convinced that he would not discover their secret. But Tu’u Ko’iho was witty and when he got home he took some wood and cut off the spirits he had seen and hung them up like puppets so that people could see it without him having to say anything. 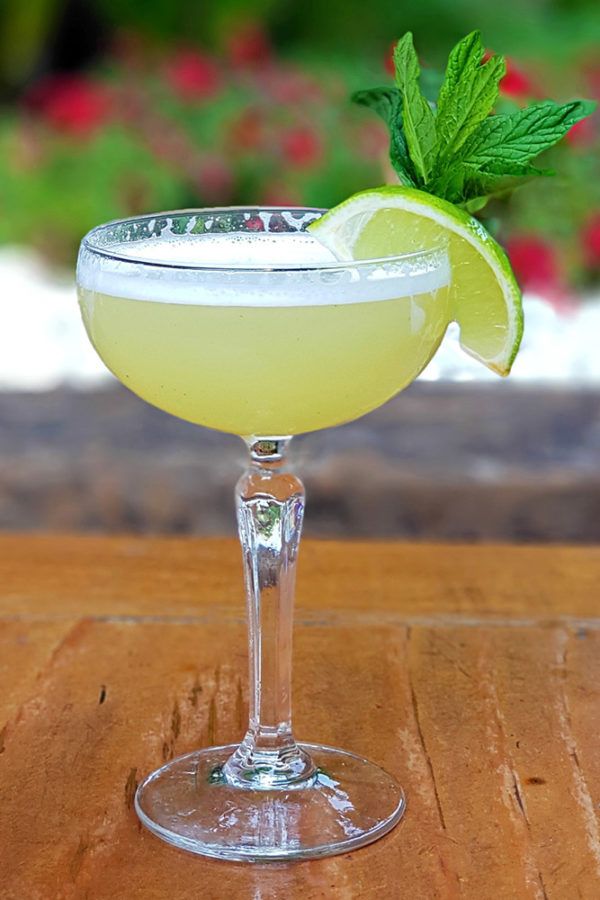 Adapted by Torre Rosa’s team, we have been inspired by a classic recipe of the “Sidewinder’s Fang”. This cocktail was the most famous in the restaurant “Lanai” a San Mateo (California), closed three decades ago.

The decoration of the glass is very fun and characteristic because it carries an orange skin spiral that simulates a snake, adding two nails to the extreme to simulate both eyes.

It is a cocktail thought to enjoy in company because its size is considerable. So, we recommend you share it with another person but, of course, the final decision is up to you. 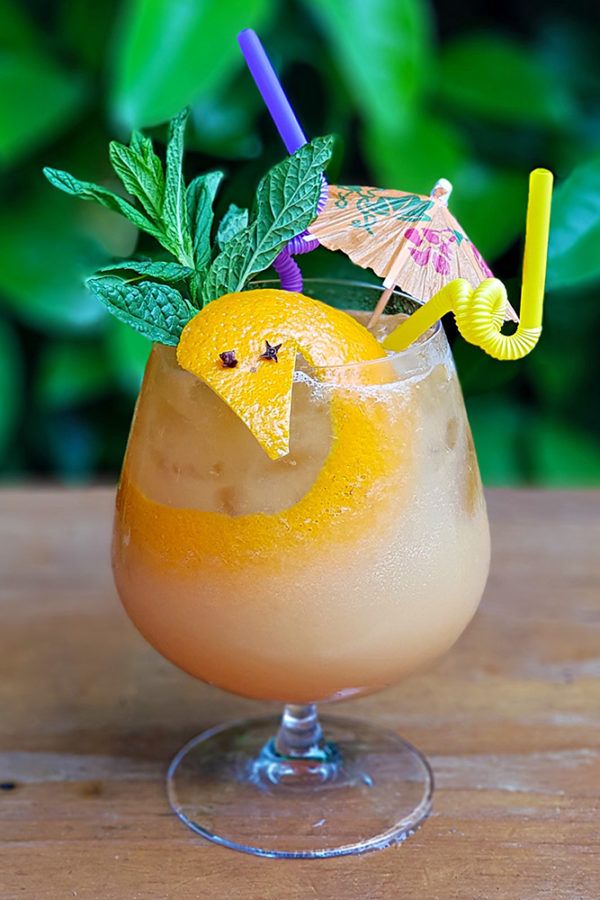 Based on “The Draque” precursor to the mojito we know today and perhaps the first cocktail in history. Sir Francis Drake (known as Francisco Draque for the Spaniards) was an English corsair, explorer and vice-admiral known for being a slave trader, but less known for his mixology successes.

The legend says that he oversaw an English ship full of Spanish gold navigating the Caribbean when the crew became ill, so he feared that they would not reach the port safe and sound. It was then that Drake decided to prepare a beverage with lemon to fight scurvy, mint for stomach, sugar to give them energy and rum macerated in the bark of an autochthonous tree that the natives used for their healing and invigorating properties. They say that this drink worked and could continue sailing to their destination successfully.

Torre Rosa’s team has been inspired by this ingenious recipe to offer you our cocktail “Obrigado”. We use cachaça for its closest profile to the yesteryear rum, lemon juice and fresh mint respecting the recipe, we add mango puree to give it a tropical and fruity touch and we end it with a bit of coffee liqueur. A mixture that will not leave any palate indifferent. Cheers! 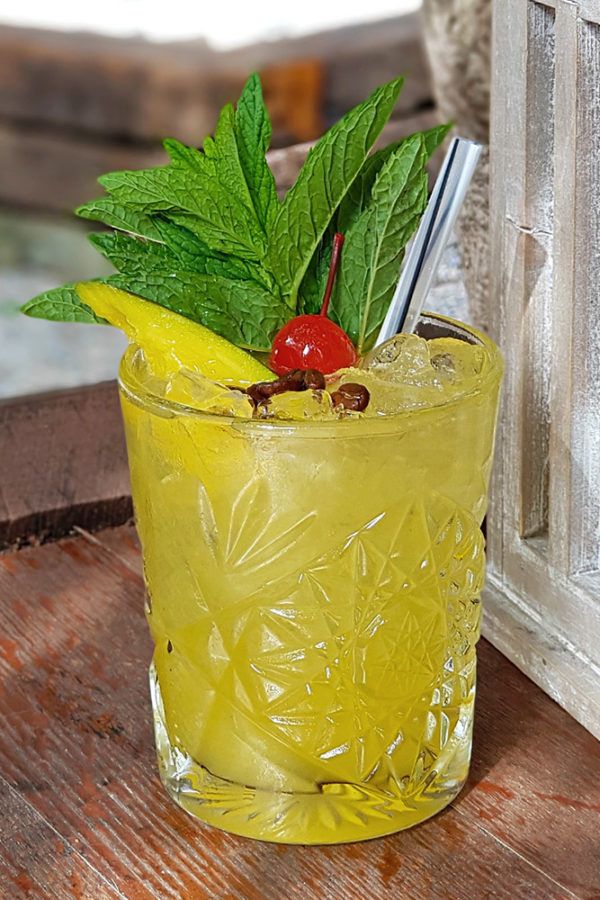 It is a simple cocktail made with many fresh ingredients and with a very original name: “Humuhumunukunukuapua’a” (the fish that has a pig’s snout) literally translated from Hawaiian. This fish when is cornered or caught grunts like a pig. To pronounce his name correctly, it must be separated into six parts: humu humu nuku nuku apua a. 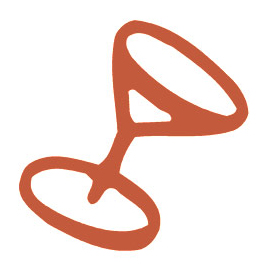