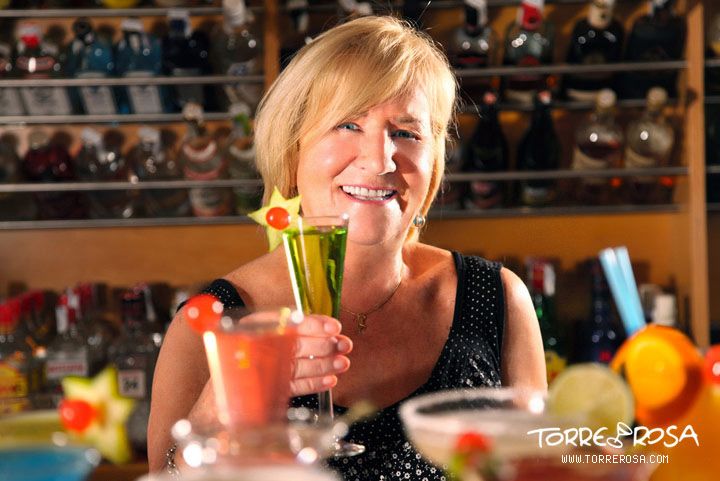 In the old quarter of the Indianos of Barcelona, near the Paseo Maragall, there is an “indiana” century tower, Torre Rosa. Since 1987 and thanks to Cecilia Clavell and sons: Miriam, Elisabeth, Jordi and Carles Reig, this cocktail bar seduces the audience not only for its beauty and outstandig architecture, but above all, for its exquisite cocktails.

The building dates from the early twentieth century, a majestic “Indiana” tower that after its restauration recovered its original colour.

Nowadays, Torre Rosa has become a referent in the field, thanks to its quality, expertise and good work of the team that works continuously to expand and innovate the range of cocktails, combining the classic style with the trendiest mixtures, with the personal touch of the barmans’ team.

The history of the building: from summer residence to cocktail bar

Torre Rosa, formerly called Villa Jazmines, was the summer residence designed by the architect Ferran Tarregó, on lands belonging to the farm Can Berdura, and by order of José Racionero, on 1920. Mr. Racionero lived there until the fifties. Afterwards the building was no more residence and hosted the Academia Práctica de Comercio and later the nursery and primary school Els Pins- Academia Fertom, until the 80’s.

If you want to know more, read the document (in catalan) written by local the historians Ricard Sas and Ricard Fernández.